Wondering why your cat follows you everywhere?

Here we discuss why cats follow you and how you should respond.

Looking for a New ‘Mommy’

Like a newborn kitten, a cat will always follow and be close to her mother because it doesn’t feel safe being on her own.

Your domestic cat isn’t any different. One theory suggests that cats think that we’re their mothers whom they should always follow and keep up with because instead they’d be lost. To them, we’re a source of protection and safety.

Cats are loving creatures, and they’ll usually demand your attention. It may want you to pet her, play with her, or else she’d come and sit in your lap because she’s in the mood for petting. 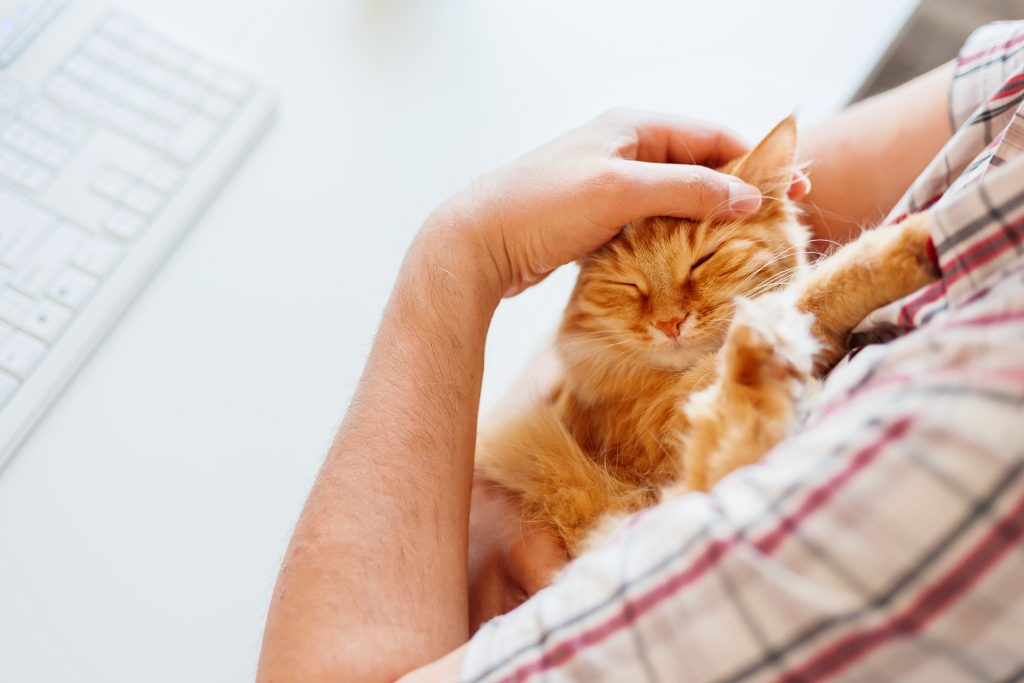 This is especially true if you’ve been out of the house for a while, for work or something. Your cat probably misses you and wants to spend time with you. Believe that you’re loved, and give it the attention it needs

I love it when I’m working on my bed and my cat comes up crawling to sleep next to me as if it’s trying to say I’m here for you. It does melt my heart!

Actually, curiosity is what kept cats alive. As they have this insatiable curiosity instinct so that they can find food by themselves in the wilderness. To them, it’s a natural part of being hunters. They should be aware of their surroundings, especially the hidden spots.

Although we -as humans- aren’t targets for feline hunters, we’re still worthy of their curiosity apparently!

Even in the Bathroom?

If you’re a cat owner, you might’ve kissed your privacy in the bathroom goodbye a long time ago Because your cat will follow you inside. They’re usually curious to discover new places or want access to new places they’ve never entered before, like the bathroom.

Cats love to play with things, and the bathroom is a gold mine of such things. Towels, shampoos, and soap. They may take out and unroll all your toilet paper just for fun. You know, curiosity leads them.

Many people keep their cats’ litter boxes in the bathroom. This makes the bathroom of a familiar smell to cats. No wonder then they’ll follow you there!

Before you start judging, have you ever thought of your cat’s emotions while you’re in there?

Believe it or not, cats are vulnerable. A big part of them following us is to feel safe and protected from predators. You, being behind a door in the bathroom, can scare them off.

Here’s the most interesting explanation though. You know how needy and attention-seeking cats are?

Following you to the bathroom is one way to manifest their need for your attention. As you sit on a toilet, unable to move or ignore them. You have no other option than being captivated by them. They might even go further and try to sit on your lap!

Yes, your cat is holding you hostage in your bathroom.

Don’t flatter yourself though. Your cat might be following you because it’s bored, and there’s no one to entertain her but you!

While wild cats are out there indulged in hunting and exploration activities. Your poor domestic cat is trapped indoors. No matter how interesting your house is, eventually, it’ll get bored of it.

An effective remedy to the cat boredom problem would be to introduce them to new stimuli, so they don’t fall into the trap of boredom easily. 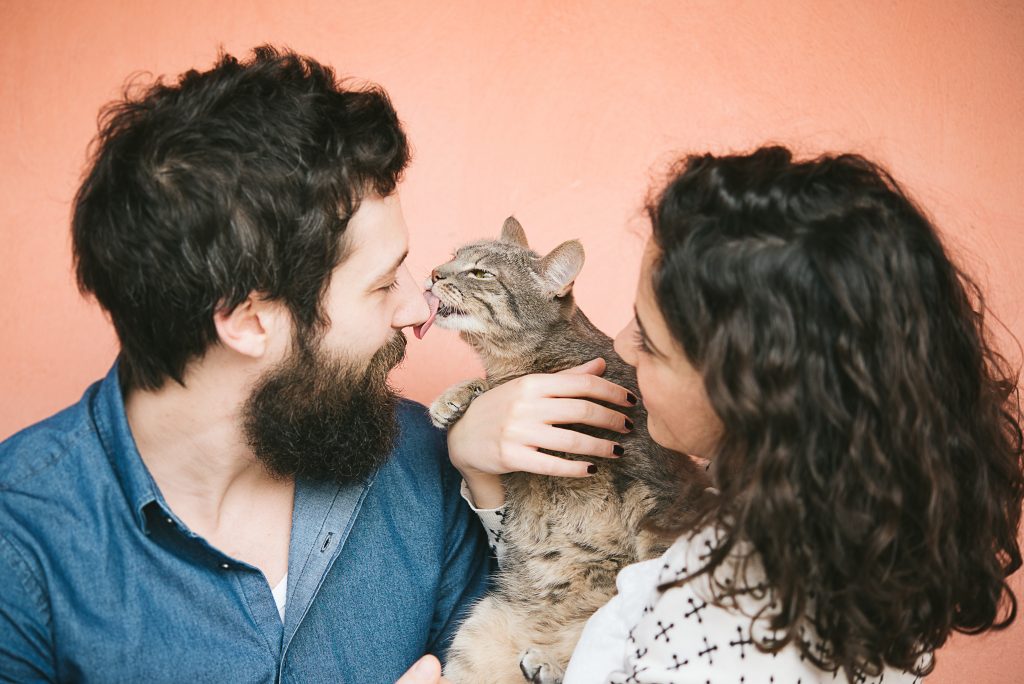 Introduce your cat to music, movies, new food, and even new people. This way, they’ll always have something new to nurture their curiosity. It might’ve never occurred to you, but this can do wonders to your cat’s wellbeing.

Your cat following you can be how it says it’s hungry. Especially, if you’re the one who usually feeds it in the house. If it has a fixed eating schedule, and it’s about time, there’s a high chance hunger is the reason why it’s following you.

Those adorable fluff-balls have no means of explaining themselves except for meowing and following us around. One should take a hint.

Interestingly, their meows can sound differently according to their mood and what they want. When you’re going to the kitchen, it’ll follow you and keep meowing because it’s hungry.

Is this accurate all the time? Unfortunately, no. It might want to just keep your company!

Learning about your cat’s body language helps. You should confirm that it’s hungry when you take out its dry food, and it starts wiggling its tail and going back and forth ready to dig in.

The reasons why your cat follows you are countless. That’s why it can be a bit frustrating to find out what exactly your cat wants. But, it’s not impossible.

If it follows you and meows, then it probably needs something. Food, petting, going to its litter box, and such stuff. If there’s no meowing, then you can reside for the explanation that it just needs your affection. It simply loves you!

To develop a sense of understanding between you and your cat, keep close attention to its body language. For example, wiggling its tail while eating can be associated with hunger.

As time passes, you’ll learn some behavioral patterns of your cat that’ll help you understand it more. You’ll even love it more then! 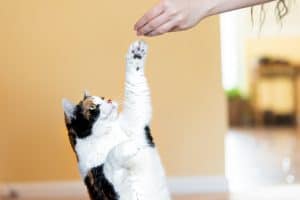